What are the main differences between Ukrainian and Russian women?

For all the similarities between the Russian and Ukrainian peoples, they have many cultural differences. From the point of view of ethnopsychology, each of these nations has its own national character and mentality, which were formed under the influence of geographical, religious, historical and other factors. The differences between the female half of these two countries are especially obvious. Russian and Ukrainian women differ from each other in a number of psychological characteristics of character and appearance.

How can you distinguish a Ukrainian woman from a Russian at first glance? This cannot be done. In both nations, historically, over the centuries, there has been a mixing of different bloods. Therefore, we can only try to highlight common features and note some differences. 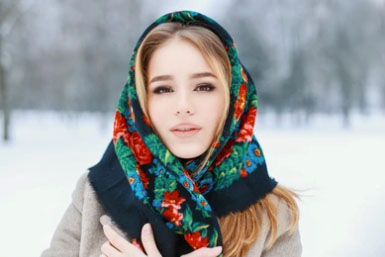 In general, the phenotypes of the Ukrainian and Russian peoples are similar. In Russia, in its central part, the following features prevail: medium build, fair skin, light brown hair and blue or gray eyes. Moving towards the southwest, Mongoloid facial features will be increasingly encountered.

This is due to the historical and geographical features of the regions. Those Russian territories that were raided by the Mongol-Tatars, where Kazakhs, Bashkirs, Tatars, Kyrgyz live in the neighborhood, can be seen in the inhabitants of the features of the Mongoloid phenotype: dark skin color, straight, often coarse hair, large faces and slanting eyes.

Ukraine was also not spared by raids from neighboring territories: Romania, Moldova, Hungary and Turkey. According to some researchers, the Ukrainians are much closer to the Turkic peoples than the Russians.

In general, from all of the above, the following conclusions can be drawn that Russian women for the most part have a more "northern" type of beauty and belong to the East Baltic type of appearance. They are mainly characterized by blond hair and regular facial features.

Ukrainian ladies, on the other hand, have a more “southern” type, which is characterized by larger facial features and contrast with expressiveness in appearance: very light skin, for example, can be combined with dark hair and green or brown eyes.

So the beauty of a Russian lady will be associated with a frosty, sunny winter, and a Ukrainian woman - with the bright colors of summer, which are given by the hot daytime sun. 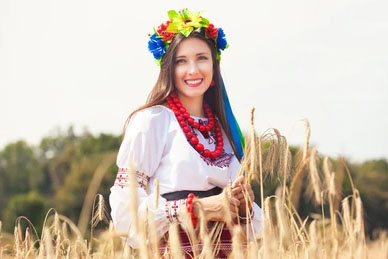 Historically, in addition to their appearance, women from Russia and Ukraine differ in their character. Russian girls are more inherent in such qualities as patience, non-conflict, meekness. In a family, a Russian woman treats her man with greater tolerance and willingly gives priority in making important decisions, remaining on the sidelines. This is due to the well-established traditions in the family structure, so that this state of affairs in Russian families is quite commonplace.

Ladies from Ukraine, on the other hand, take a more active position in life. Being under the full care of a husband is not the best option for organizing family life for them. By nature, Ukrainian girls are more impulsive and freedom-loving. They are less willing to turn a blind eye to their man's oversights or to play the role of a victim in a conflict with her husband.

Whom you would not choose from them, undoubtedly, you will not lose and will be married to a woman brought up in Christian traditions. Both Russian and Ukrainian women are not emancipated and will gladly play a female role in the family.

Following age-old traditions in family education forms in a woman a sense of responsibility for her family members, so she will always support her husband and children in any, even difficult times.